Dad got me into homebrewing before I was legally allowed to drink. My brother and I took over a shed in my parents’ backyard and dedicated it to our homebrew space. Made all kinds of crazy recipes for family and friends. Some fan favorites include a maple syrup-bacon porter, a wild blackberry and cherry Saison and a super juicy IPA. We had tasting events with friends and family in my parents’ backyard where we would pair our beer with mom’s wonderful small dish creations. 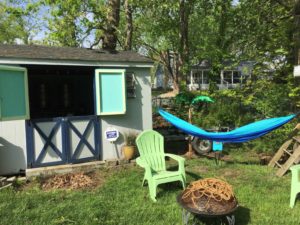 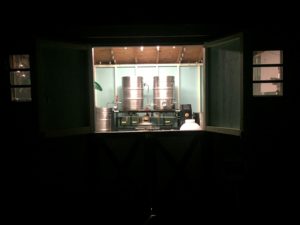 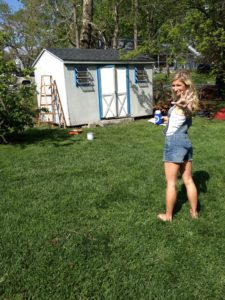 I really wanted to take brewing to a professional level so I was lucky enough to get an apprenticeship at the second-oldest brewery in the US – August Schell’s Brewing in Minnesota and train under Brewmaster Jace Marti. Schell’s being a German-inspired brewery, I gained a deep appreciation for German-style beer…especially Berliner Weisse.

After my apprenticeship, I attended brewmaster school at the VLB in Berlin, Germany where I learned how amazingly in depth brewing a quality product actually was. After school, I was fortunate to land a brewing job at Heavy Seas Brewing in Baltimore, Maryland where I got great hands-on experience at an extremely successful brewery.

Now here at Tucker Brewing, where I’m challenging myself to craft the highest quality, traditionally-inspired beer around. When I’m not brewing, I love being a tourist…and making/eating very spicy queso dip while watching golf on a Sunday.

Few people know that…I speak Korean and will find any excuse to use it.

ARE YOU AT LEAST 21 YEARS OLD?